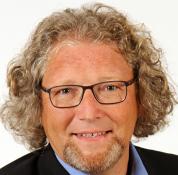 “Making taxes understandable and predictable” – this has always been Professor Dr. Ralf Klapdor’s maxim, whether as a tax consultant with his clients, or as a professor teaching his students.

A native of the Lower Rhine region (born in Hüls, now a part of Krefeld), Professor Dr. Klapdor began his academic career in Duisburg, where he studied Economics. Afterwards, he continued his education in Duisburg, working as a researcher and later as the scientific assistant of Professor Dr. Volker Breithecker. During this time, Prof. Dr. Klapdor earned his PhD with a thesis entitled “Efficient Tax Regulations via a European Model Convention?”.

Prof. Dr. Klapdor has been published numerous times in scientific journals and contributed many tax-related commentaries to newspapers, primarily on issues relating to international taxation and notable revisions to taxation law.

Prof. Dr. Klapdor is married and has two children. He is also a current member of the county council of Kleve.

Back to the overview