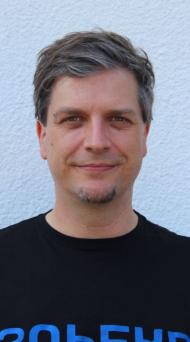 Professor Alexander Brand was born in Jena (Thuringia). He studied Political Science, Philosophy and Media/Communication Science at the Technical University Dresden, the University of Leipzig and the New School for Social Research (Graduate Faculty), New York City. After having completed his studies, he worked as a Lecturer and PhD Researcher at the Chair for International Politics as well as the School of International Studies at TU Dresden. He held several guest lectureships, for instance at the Universidad Autónoma de Madrid. In 2010, he defended his PhD thesis on the question of how to conceptualize the intricate relationship of mass media and international relations at TU Dresden’s Faculty of Philosophy. Afterwards, he moved on to the Department of Political Science at the Johannes Gutenberg University in Mainz where he worked as a Senior Lecturer and Post-Doc Researcher. In addition, he held guest lectureships at the School for International Studies Dresden as well as the European Management School Mainz. In August 2014, Alexander Brand became Professor of Political Science/International Relations at Rhine-Waal University. From March 2015 until July 2020, he acted as Course Leader "International Relations" (BA).

His main research interests are: the politics of development policy/foreign aid in international comparison, foreign policy analysis (focus on US foreign policy), mass media and international politics, IR theories, and sport/football and politics. From 2012 to 2015, he was editor of the journal “Sport & EU Review”. Since 2015, he is member of the Forum Sport Politics at the German Sport University in Cologne; since March 2017, he is member of the Academic Advisory Council of the Cologne Forum of International Relations and Security Policy.

Alexander Brand is married and has two children.

Back to the overview