BAOFOOD, an international research project led by Rhine-Waal University of Applied Sciences and conducted in collaboration with research institutions, NGOs and industry in Germany, Kenya, Sudan, Malawi and the UK, is off to a successful start. The project, which is funded by the German Federal Ministry of Food and Agriculture (BMEL), is dedicated to improving and ensuring the food supply in Eastern Africa through the unique baobab tree.

Kleve/Kamp-Lintfort, 8 June 2016: The baobab tree, also known as the monkey-bread-tree, is an iconic tree native to many regions of Africa. The fruits, leaves and other parts of the tree are not only edible, but are also loaded with important vitamins, trace minerals and antioxidants. In 2008 the dried pulp harvested from baobab fruit was first approved for sale in the European Union and has already seen a remarkable growth in popularity. But the true brilliance of the baobab tree isn’t in Europe, but rather in Eastern Africa regions suffering from poverty and underdevelopment. The baobab tree has to potential to make a permanent, positive contribution to the critical food supply situation in these regions as well as create a viable new economic industry for the local population. Until now, however, the commercial use of baobab-based products has been hindered by scarcity, inconsistent quality in plant materials, a lack of cultivation and processing technology, and underdeveloped market chains.

This is where BAOFOOD comes in. The project goal is clearly outlined in its full title: “Enhancing local food security and nutrition through promoting the use of Baobab (Andansonia digiata L.) in rural communities in Eastern Africa”. This translates to project researchers finding new solutions for the exploitation, processing and marketing of baobab products to unlock the potential of the baobab tree and ultimately ensure a steady and adequate food supply for the project region.

Planned research activities will touch on all parts of the value change, from biological and ecological enquiries into the baobab tree, to the production and marketing of baobab foodstuffs and products. By scientifically assessing and documenting the geographical range of baobab tree species, researchers aim to preserve and protect the baobab tree as a natural resource, while at the same time developing viable recommendations for the sustainable cultivation and domestication of the baobab for commercial use. Researchers are also keen on both analysing and improving the nutritional value of baobab fruit through modern scientific methods and traditional processing techniques. As a core objective is improving the living situation of people in the project region, researchers will also be investigating the effect of baobab products on the food supply and the economic situation of locals in order to predict how increased commercial use will impact the project region. Extensive target group and market analyses in Kenya and Sudan are planned to explore the market demand and potential for new baobab-based products. The ultimate goal is to then produce those products with the most demand and potential in local production facilities which are run by and for the local population itself.

The BAOFOOD project is supported financially by the German Federal Ministry for Food and Agriculture (BMEL). The German Federal Office for Agriculture and Food (BLE) is the official project sponsor. Rhine-Waal University of Applied Sciences is receiving project funding for BAOBAB to the tune of 988,576 EUR for the period 2016-2019.

In addition to Rhine-Waal University of Applied Sciences, the following partners are also participating on the BAOFOOD project: 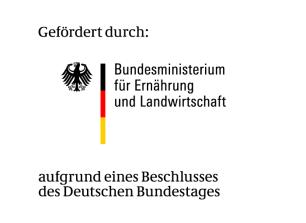