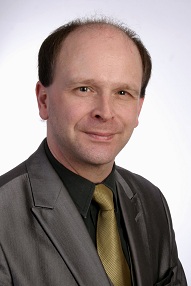 Understanding the conventional methods of economics, maths and statistics in order to generate innovative, handy findings for topical economic, political or social issues … and for a better or different comprehension of our globe. I would like to contribute a little to this purpose – in the tradition of „Freakonomics“, one of my favourite books. Perhaps, it turns to something like „Cleveronomics“…

From 1989 to 1994, Gernot Müller studied Economics (with emphases on mathematical economic theory, statistics, economic policy, public finance, business management, and transport and logistics) at the Rheinische Friedrich-Wilhelms University of Bonn. The course of studies leading to the diploma was followed by PhD studies in Economics from 1997 to 1999. In 2001, he obtained his PhD with a thesis on pricing of international telecommunications services.

From 1994 to 1995, Gernot Müller was student assistant at the Department for Economic Policy at the Rheinische Friedrich-Wilhelms University of Bonn. After having occupied with projects on telecommunications markets in CEE countries at Wissenschaftliches Institut für Kommunikationsdienste (WIK) GmbH, he returned to Bonn University in 1997 where he was employed as research assistant and, since 2002, as assistant lecturer. He was engaged in projects on transport economics and econometrics, and, inter alia, published a compendium on European transport policy in three volumes. His teaching was dedicated to lectures and seminars on transport economics and logistics, as well as to lectures, seminars and tutorials in the multidisciplinary North American studies course (basics of micro- and macroeconomics, business management, economic policy and public finance).
From 2006 to 2012, Gernot Müller was Senior Economist and head of transport and logistics projects at Wissenschaftliches Institut für Infrastruktur und Kommunikationsdienste (WIK) GmbH. In addition, he backed projects in the telecommunications, postal, energy and water sector. Applied empirical and econometric research and consulting focused on the analysis of sector policies (liberalisation, privatisation), aspects of competition and regulatory economics (access to infrastructures, prices, costs, return on investment, quality, vertical separation), and on market analyses and business strategies (investment, financing and pricing). In 2011 and 2012, he was contract lecturer at Rhein-Waal University of Applied Sciences.