Baobab is a common tree species throughout Africa. Since 2008, dried baobab fruit pulp has been accepted as a novel food ingredient in the European Union as well as in the US market. The fruit properties have health benefits such as pre-biotic and antioxidant functions, high calcium, vitamin C and high pectin and fibre contents, which make it a suitable candidate for a new generation of functional foods and drinks. There are many challenges in developing a sustainable baobab value chain, such as limited availability of planting material, lack of knowledge on sustainable resource management techniques, poor fruit processing technologies and disorganised market chains.

The main objective of the researchers involved in this project is to identify solutions to these and further challenges in producing Baobab products and introducing them to the markets. “The commercial exploitation of Baobab resources in the region has just started. It can be a potential strategy for ‘conservation through use’ and improving livelihoods of rural communities at the same time. However, it is vital to ensure that the natural Baobab forests will not be overexploited” said Prof. Darr, BAOFRUIT project leader.

The project aims at developing a competitive research proposal on sustainable Baobab marketing-to-production systems in East Africa. Towards this goal, project members will review the state of current knowledge on this topic during the coming months. Furthermore, initial small-scale pilot studies will be carried out. “With our project, we would like to help the German and European food industry tap this highly interesting resource” said Prof. Darr.

Currently, scientists from Germany, Kenya, Malawi and the Sudan contribute to this research project, which is being funded by the German Federal Ministry of Education and Research over a period of 6 months. In addition to several universities and research institutes, two private sector enterprises from Kenya and Germany also belong to the project consortium. Further European and African partners will participate during the coming months. 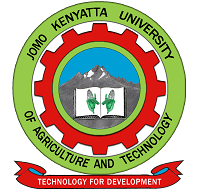