Did you know? We crowned 2014 the Year of the Potato in our on-campus Tropical Greenhouse!

Who doesn’t know and love the potato? It comes in spectacularly different shapes and colours, grows on industrial farms and in personal gardens alike, and can be cooked in so many ways it makes your head spin. The potato is a true staple of our modern diet and will always have its place on our dinner plates. EUROSTAT discovered that in Germany alone, the average potato consumption per person in 2011-2012 was an unbelievable 61 kilogrammes. But we didn’t decide to make 2014 the Year of the Potato just because of its popularity – its interesting history and physiology are also grounds for celebration. 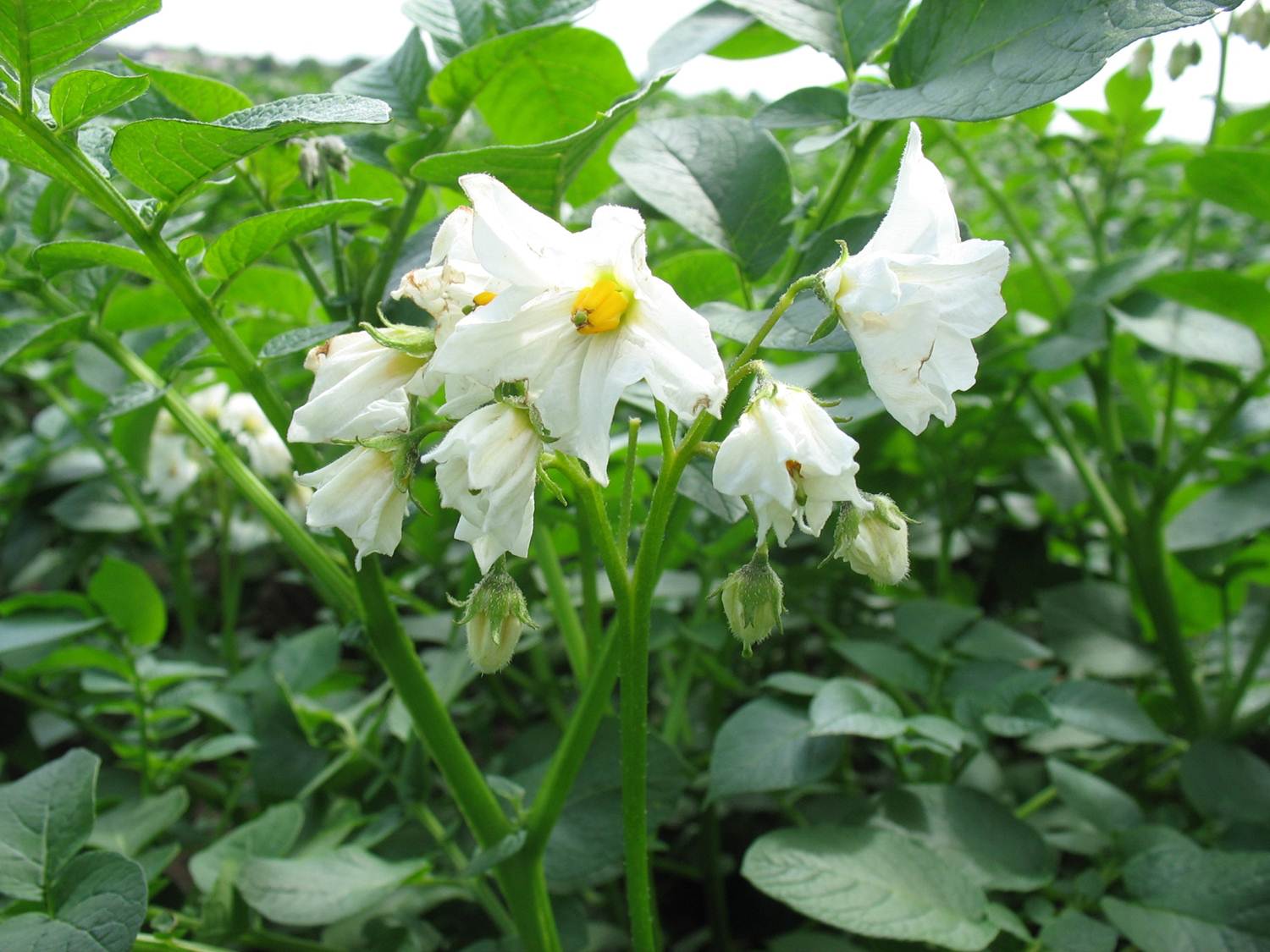 The potato originated somewhere in the Andes in South America, most likely in Peru (side note: there are over 3,700 types of potatoes in Peru alone!) The potato first made its journey to Europe in the 16th century, where it was appreciated primarily for the beauty of its flowers. In fact, it wasn’t until the 17th cenutry that people recognised its immense potential as an agricultural crop.

Since its humble beginnings, potato diversity has exploded to over 5,000 different varieties worldwide. The number of different types of potatoes is just as staggering: floury potatoes, waxy potatoes, firm or soft in cooking potatoes, fodder potatoes, processing potatoes, raw potatoes, blue potatoes, red potatoes and many, many more...

Potatoes aren’t all fun and games, though; they also belong to the Solanaceae, commonly known as nightshades. Thus potatoes are not only related to tomatoes, tabacco and peppers, but also to the toxic mandrake, deadly nightshade and datura. All potatoes contain the phytochemical coumarin, which can be poisonous when consumed in large amounts.

That’s why you should never consume unripe (green) potatoes or the green berries of the potato plant! As long as you keep this rule in mind, you can eat potatoes in all their countless variations to your heart’s content.